Spain’s 30 most beautiful villages, as voted for by readers of EL PAÍS

We started with an initial selection of 250 municipalities with a population of 10,000 or under, and these came out on top 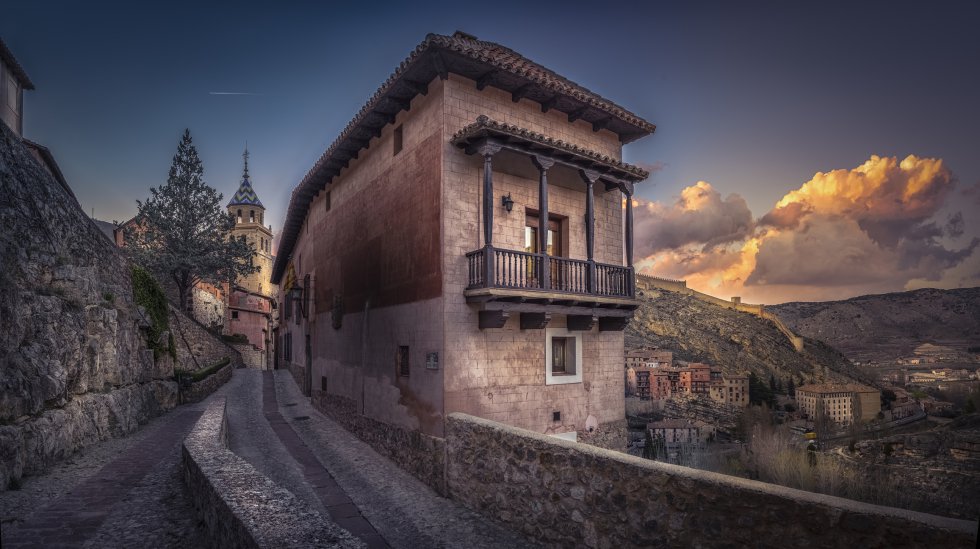 Albarracín, Teruel (Aragón) The El Viajero online vote for Spain’s most beautiful villages was open from September 28 to October 2. A total of 4,853 people took part, with the rules stipulating that each person could only vote once, with a maximum of five choices. The winning village was Albarracín (above). The Salvador cathedral, the high walls and the historic quarter all make the village an essential stop for anyone visiting the province of Teruel. More information: albarracinturismo.com 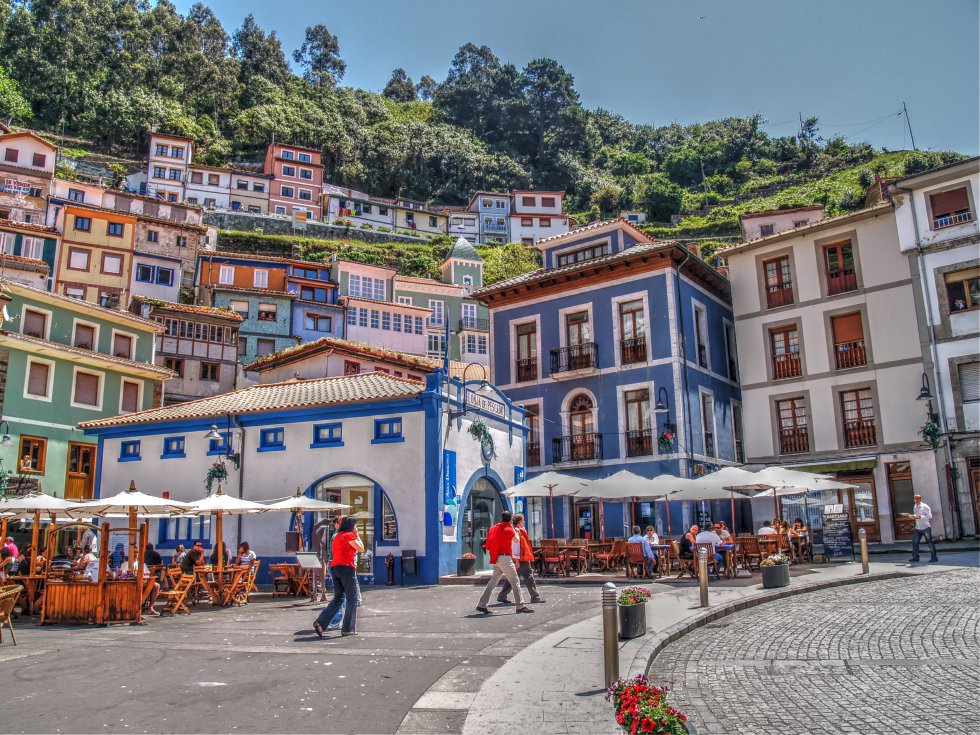 Cudillero (Asturias) Around 50 kilometers from Gijón, this fishing town is characterized by its steep streets and colored houses, and is tucked away between the sea and the mountains. More information: turismocudillero.com 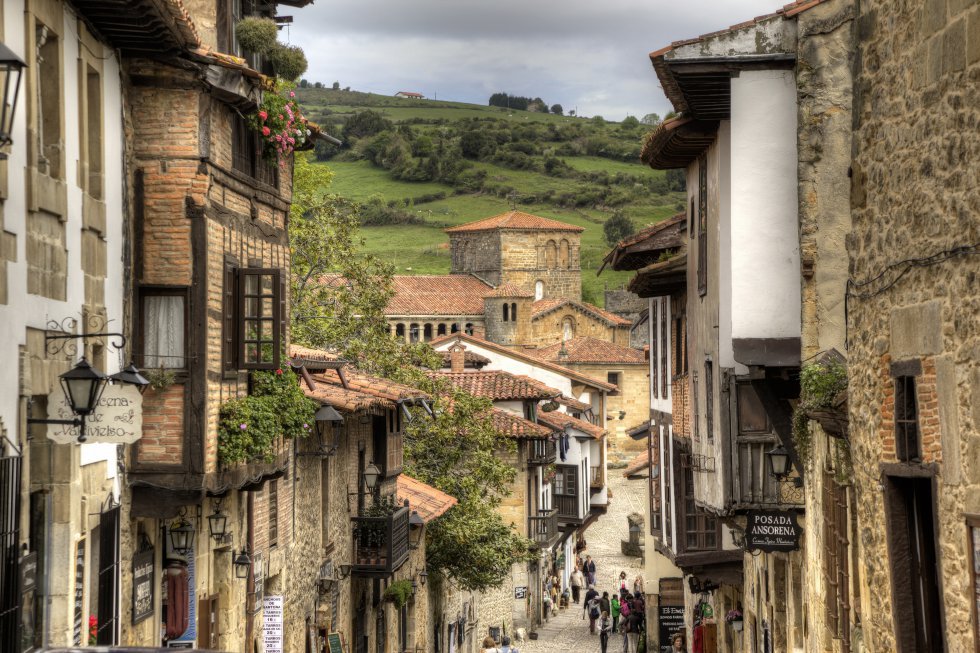 Santillana del Mar (Cantabria) In third place is Santillana del Mar. Eighteenth-century houses and palaces, the Santa Juliana church, and a stunning cultural heritage set apart this town, which is half an hour from Santander. More information: santillanadelmarturismo.com 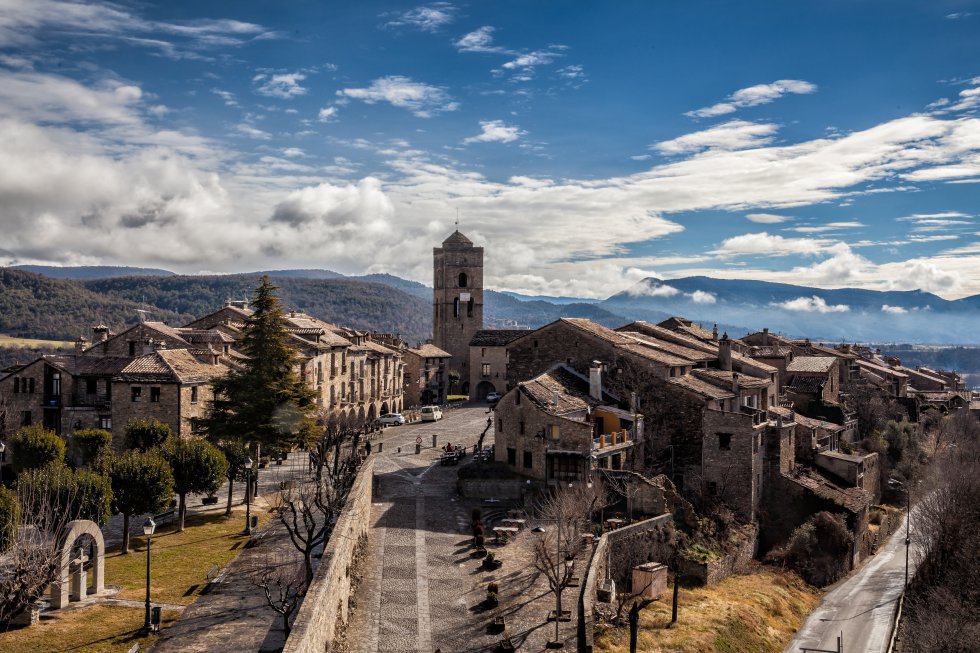 Aínsa, Huesca (Aragón) Located around 170km from Zaragoza, Ainsa is the capital of the municipality Aínsa-Sobrarbe, in the Pyrenees. The village is well worth a visit for its medieval historic quarter, which received special status in 1965. More information: villadeainsa.com 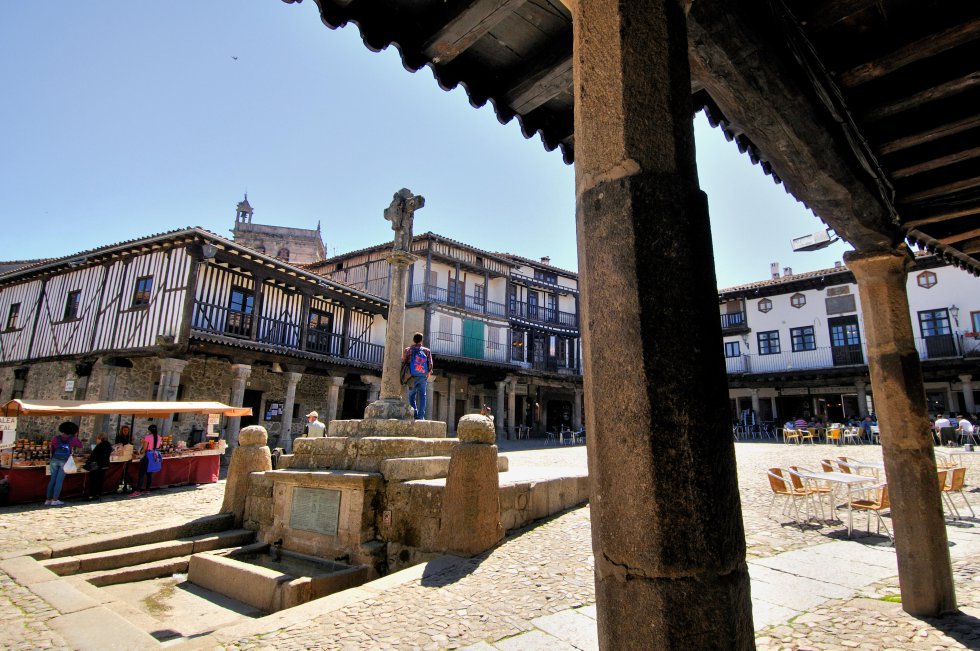 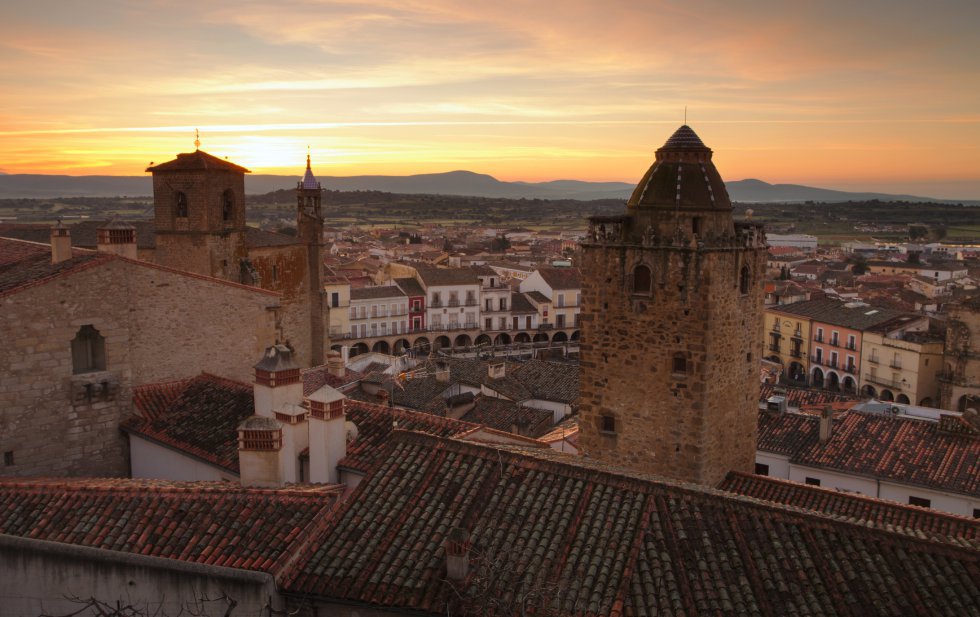 Trujillo, Cáceres (Extremadura) Located 45 kilometers from Cáceres, Trujillo’s history, location, natural surroundings and gastronomy have made it a key tourist attraction in the Extremadura region. The town has status as a site of cultural interest. More information: trujillo.es 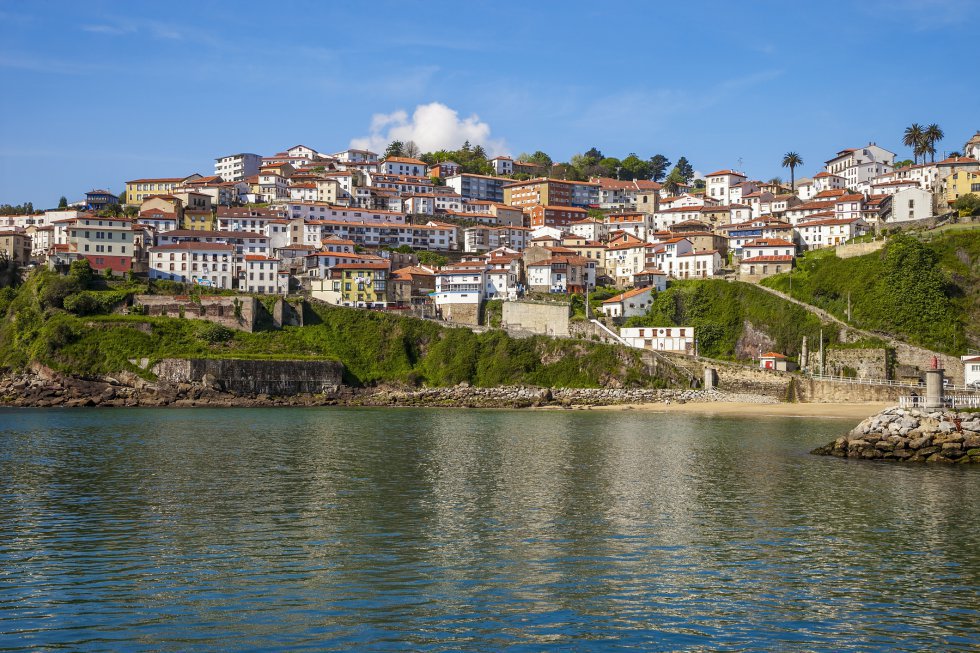 Llastres (Asturias) The history of this town is closely linked to the sea. Its history as a whaling town stretches back to the 16th century, and it also features “hanging houses” on its cliff face. More information: turismoasturias.es 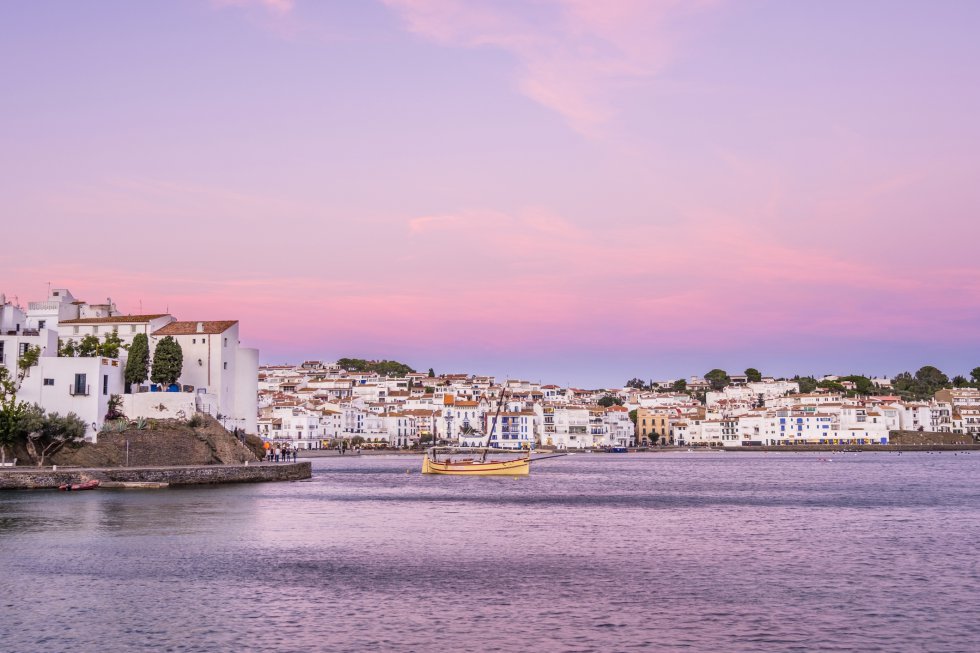 Cadaqués, Girona (Cataluña) This small town is one of the most touristy on the Costa Brava. Its white houses sit opposite its small bays, the seaside promenade reaches to the Cala Nans lighthouse, and its narrow and steep alleyways are one of its trademarks. More information: visitcadaques.org 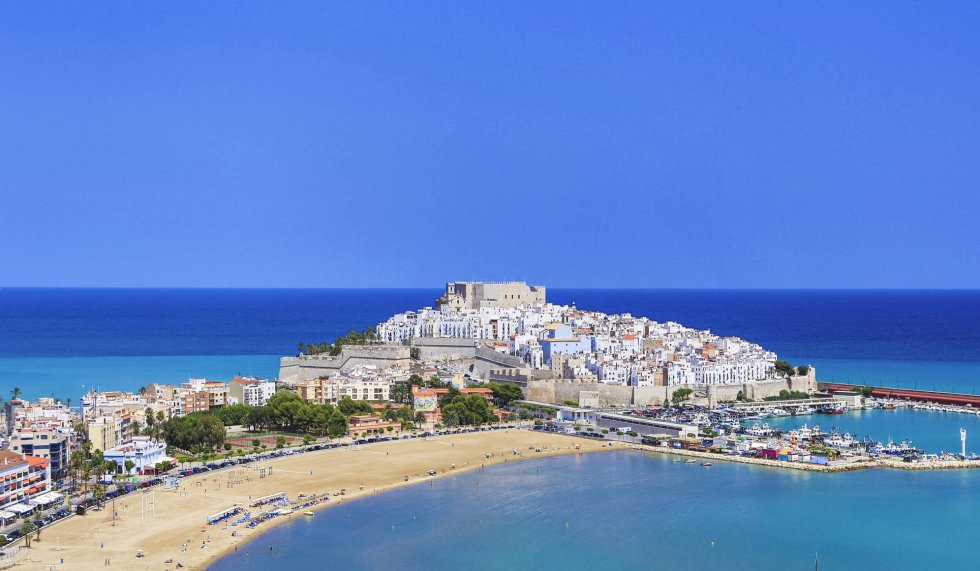 Peñíscola, Castellón (Comunidad Valenciana) Located near the Sierra de Irta natural park, the historic quarter of Peñiscola sits atop a bed of rock, which is crowned by the Papa Luna castle. More information: peniscola.es 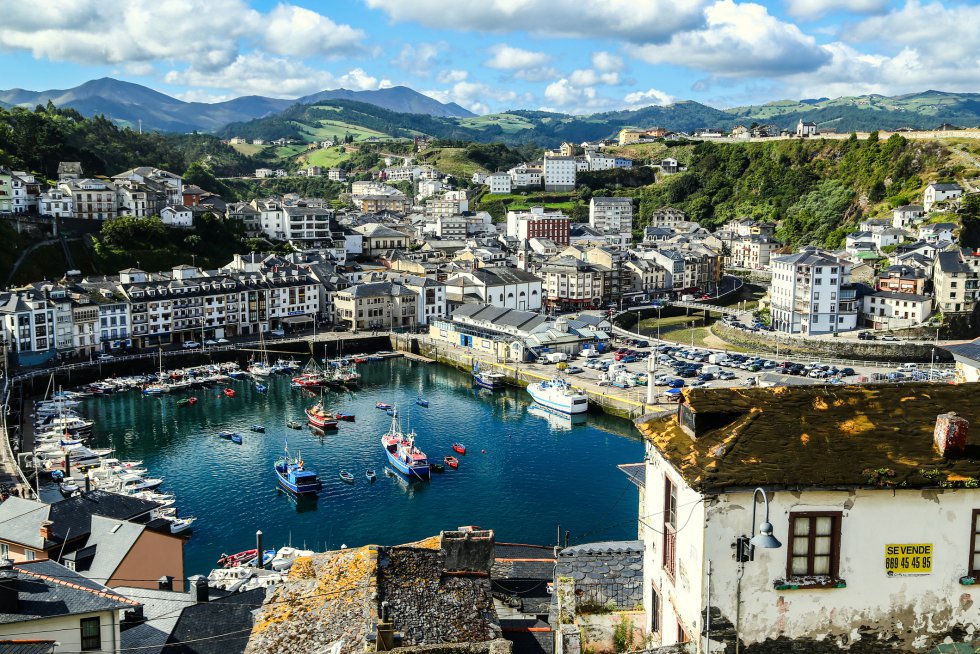 Luarca (Asturias) Located 90 kilometers from Gijón, this fishing town is famous for the panoramic views from its cemetery, its stately homes, and the Mesa de Mareantes monument. More information: turismoluarca.com 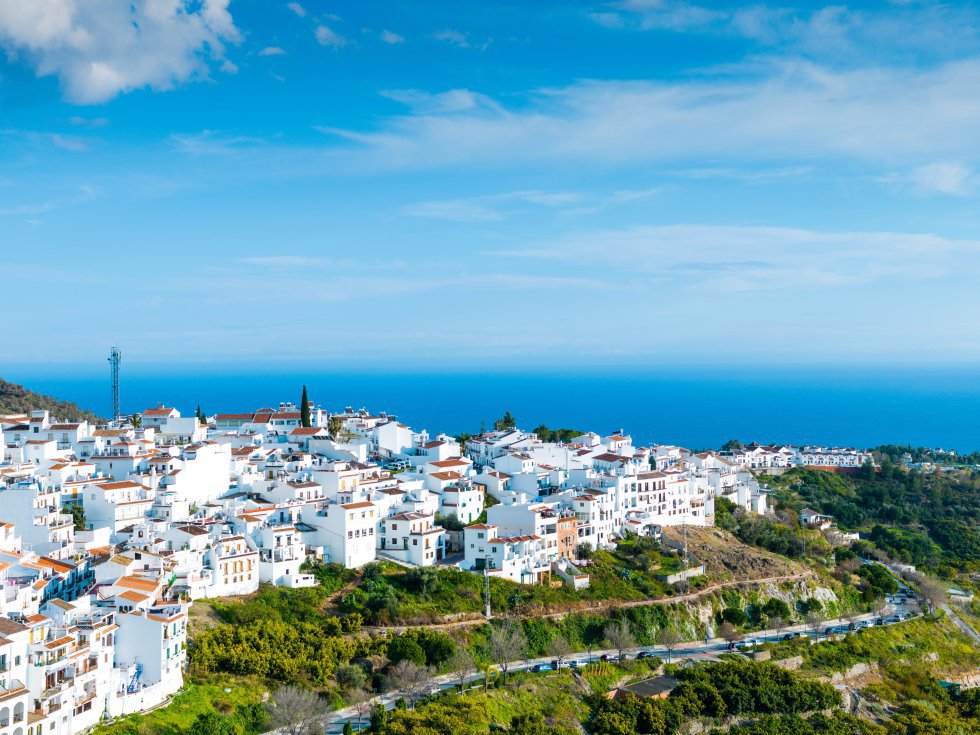 Frigiliana, Málaga (Andalusia) This white village in Axarquía has one of the best-preserved Arabic historical quarters. Its whitewashed walls, narrow streets and stairs are all part of this Moorish legacy. More information: turismofrigiliana.es 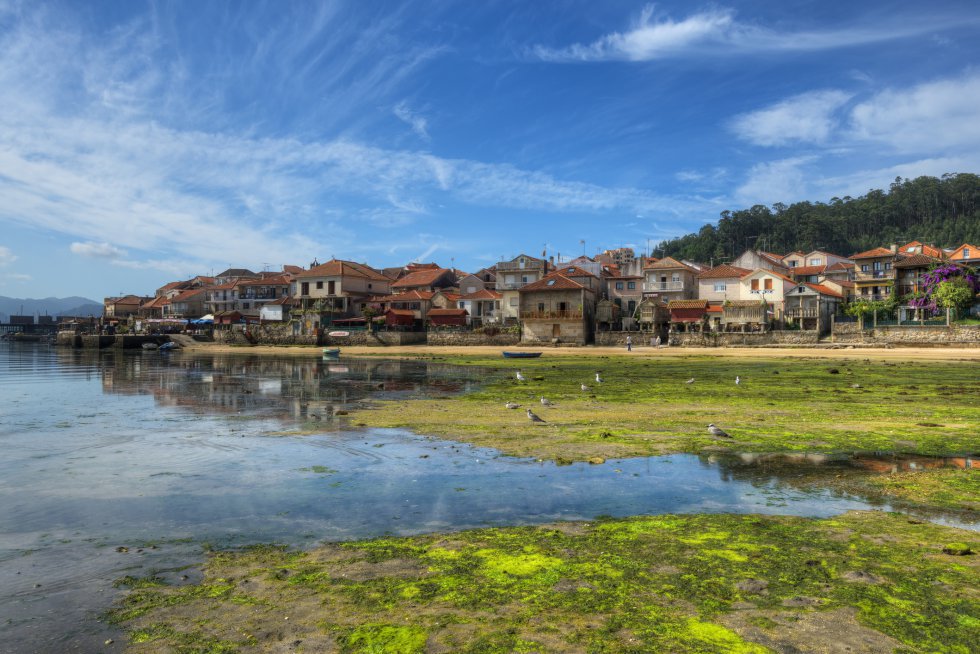 Combarro, Pontevedra (Galicia) The town of Combarro, located around seven kilometers from Pontevedra, is like something from a picture postcard, with its 30 hórreos, or elevated granaries, lined up along the estuary. This fishing town has been declared a site of cultural interest. More information: turismo.gal 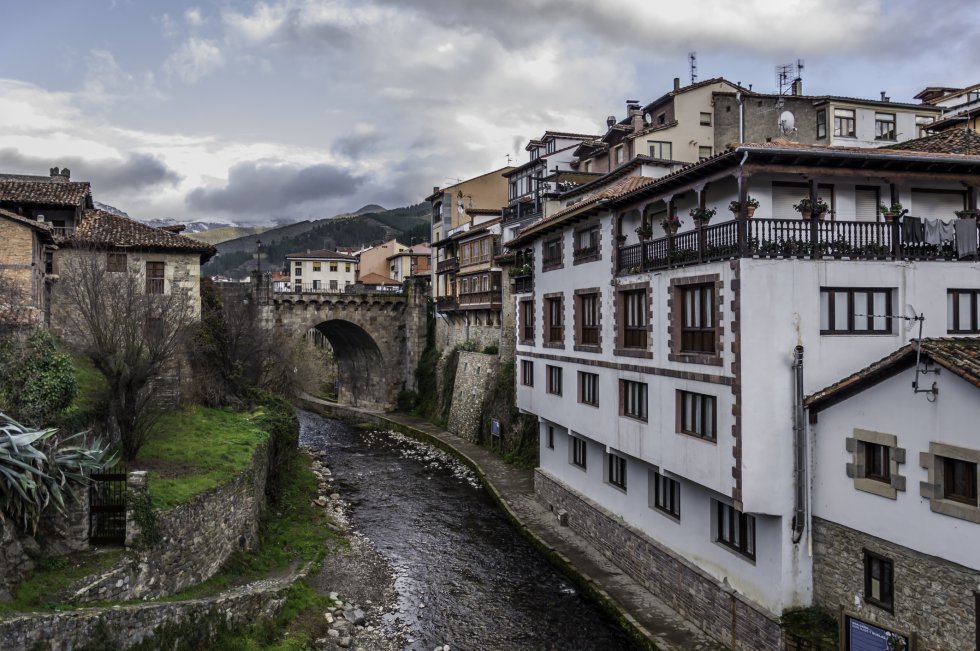 Potes (Cantabria) Located in the center of the Liébana area, where the Deva and Quiviesa rivers join, Potes is in a valley and is surrounded by mountains. Part of the Lebaniego Route – which links the coastal part of the Camino de Santiago with the French route – the town is worth visiting for the Infantado Tower and San Vicente church. More information: turismodecantabria.com 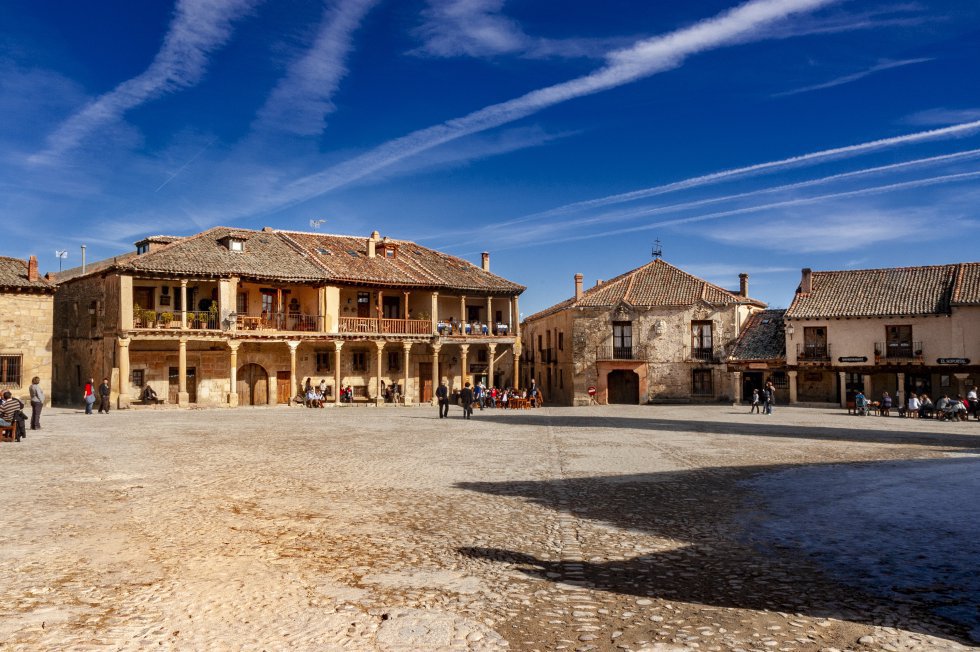 Pedraza, Segovia (Castilla y León) Around 40 kilometers north of Segovia, Pedraza is a medieval settlement that attracts thousands of tourists every year thanks to its well-preserved architecture. The castle and the jail, in the Puerta de la Villa, are two of its must-see attractions. More information: pedraza.info 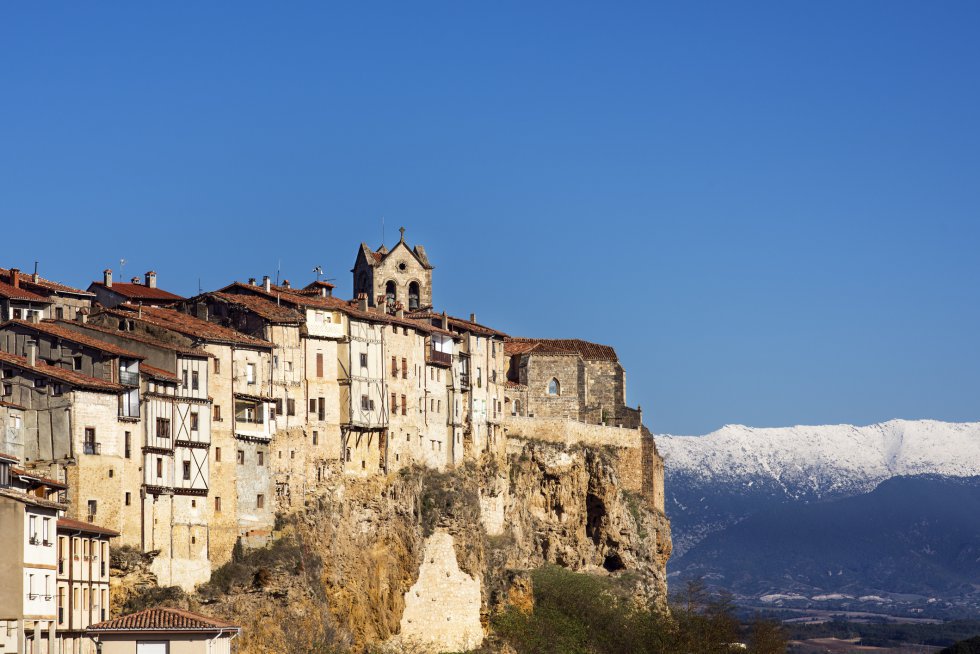 Frías, Burgos (Castilla y León) Frías is home to just 270 people, and is perched on a hill known as the Muela de Frías. The houses on the cliff are stunning, as is its medieval bridge over the River Ebro and the 10th-century castle, which is one of the best examples of medieval military architecture in all of Burgos. More information: ciudaddefrias.es 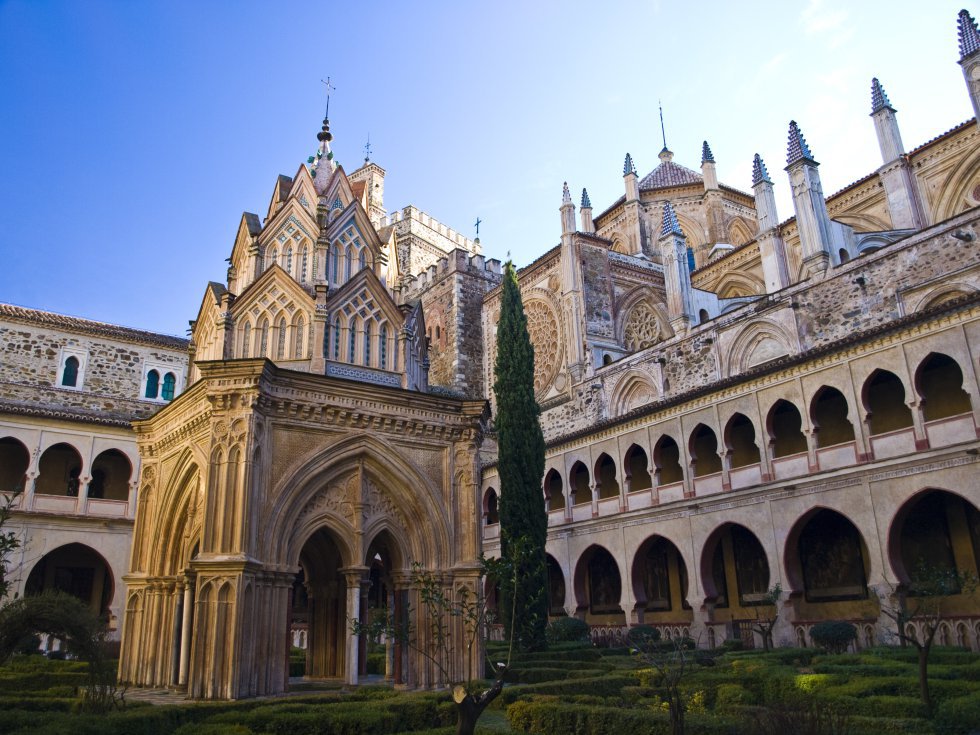 Guadalupe, Cáceres (Extremadura) Around 120 kilometers east of Cáceres, the town’s most important monument is the Santa María de Guadalupe monastery. Built in 1340 by Alfonso XI of Castille with mudejar, gothic, renaissance and baroque elements, it has been declared a UNESCO World Heritage Site. More information: turismoextremadura.com 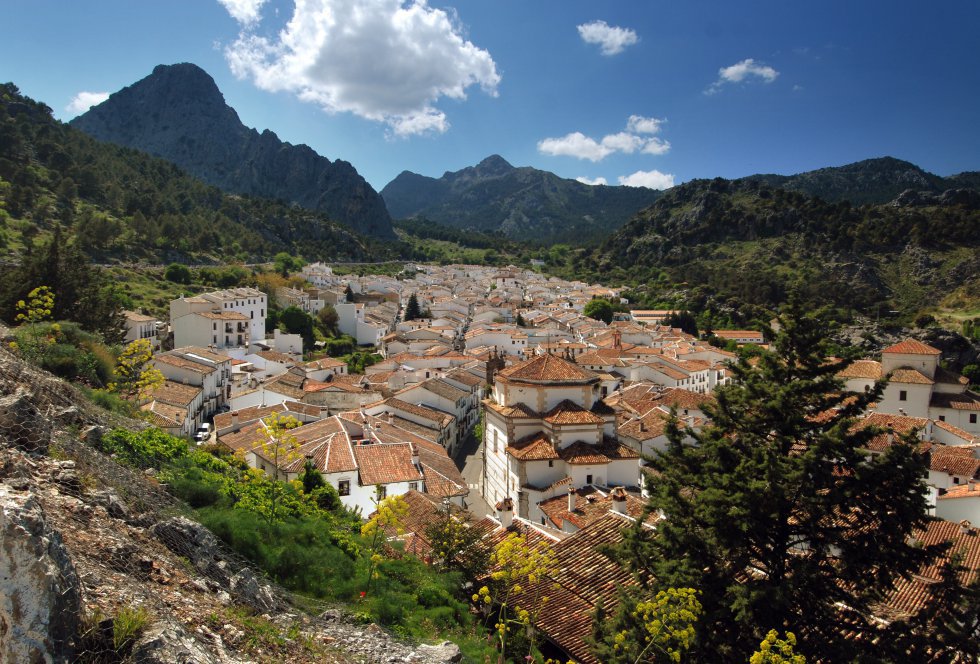 Grazalema, Cádiz (Andalucía) Nestled in the heart of the Sierra de Grazalema natural park, the architectural jewel of this picturesque white village is the baroque-style Nuestra Señora de la Aurora church. Its town center has been declared a site of historical interest. More information: cadizturismo.com 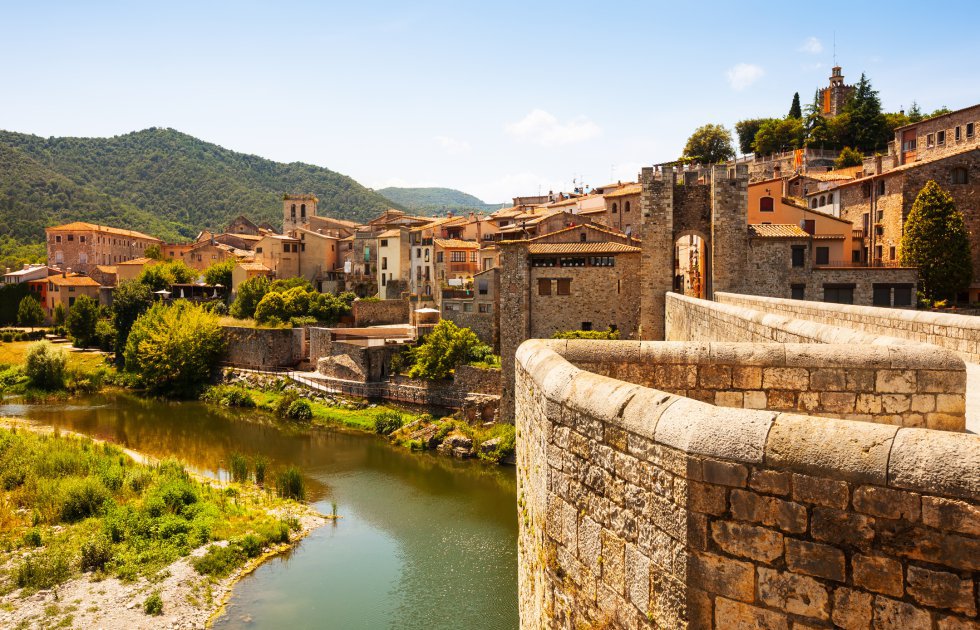 Besalú, Girona (Catalonia) A must-visit destination for those who come to the Garrotxa area, Besalú is one of the best-conserved medieval sites in Catalonia. In 1966 it was given special status for its architecture. Few Visitors cannot resist taking a photo as they walk over the seven-arched Roman bridge, which crosses the River Fluviá. More information: besalu.cat 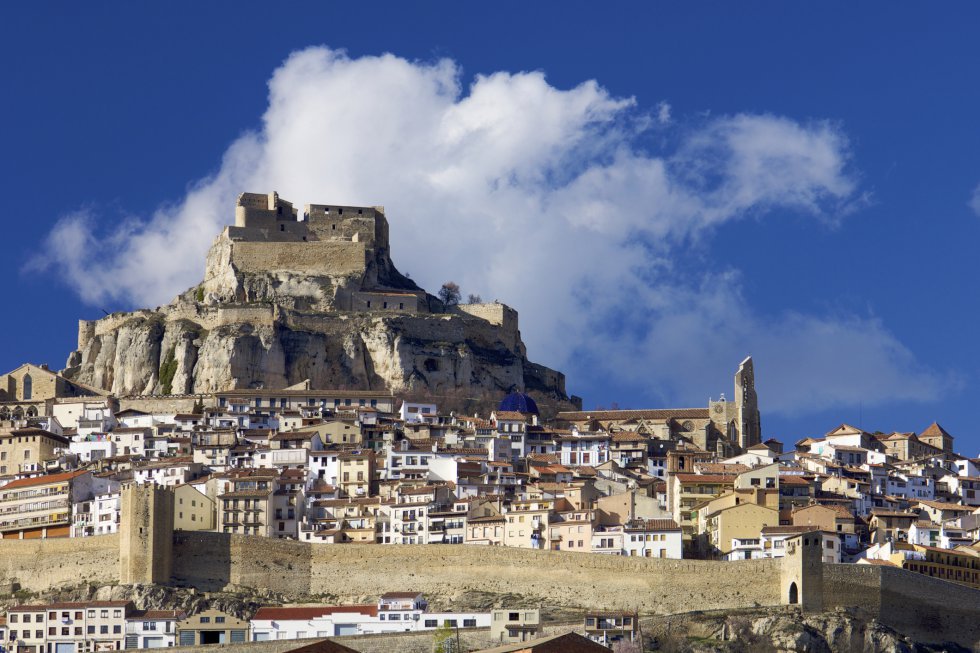 Morella, Castellón (Valencia region) As you approach Morella, its strategic position becomes clear, as it sits at an elevation of almost 1,000 meters. Its imposing military fort, which was built using the surrounding rock, includes 16 towers, six gates, and nearly two kilometers of walls. More information: morellaturistica.com 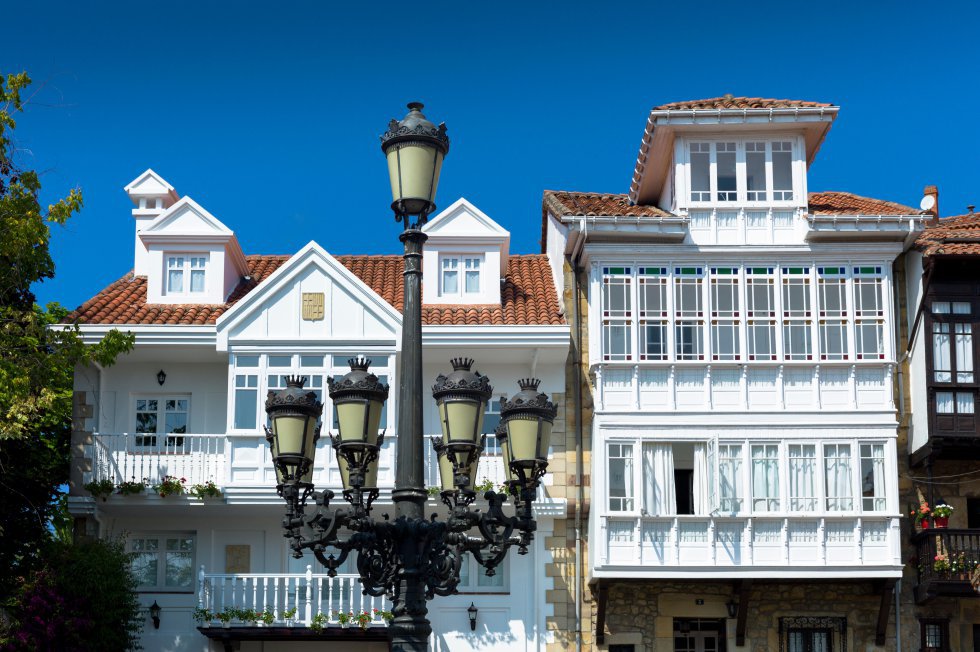 Comillas (Cantabria) Located 50 kilometers east of Santander, Comillas is notable for its Modernist heritage. The Capricho de Gaudí, a summer residence built between 1883 and 1885 following plans by the Catalan architect, is a leading example. Modernism is equally evident at Pontificia de Comillas University. More information: comillas.es 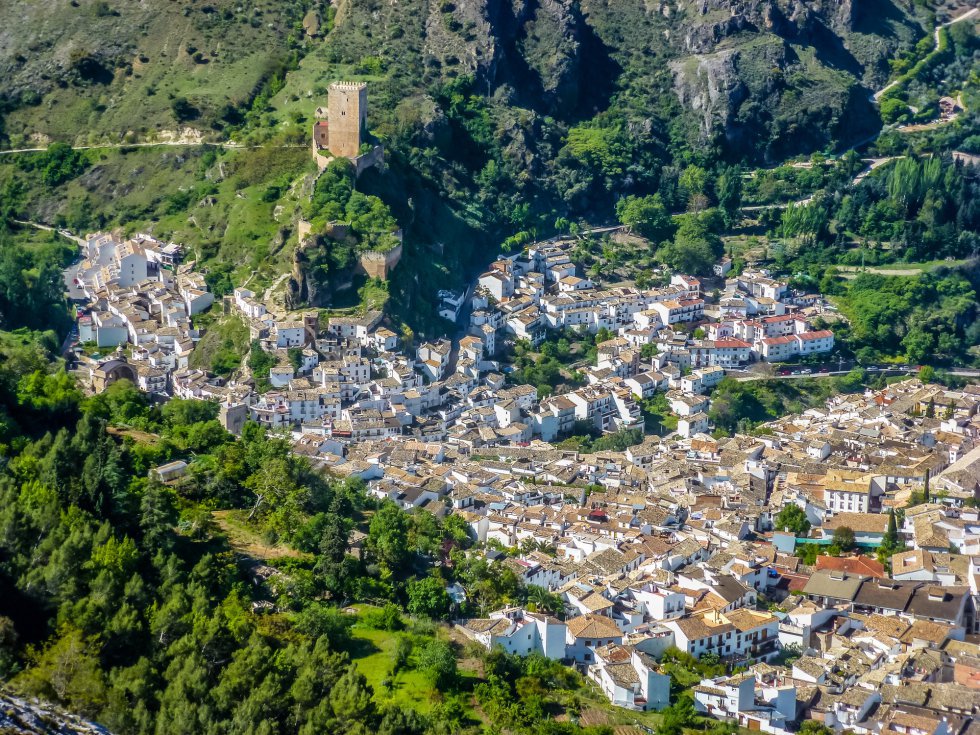 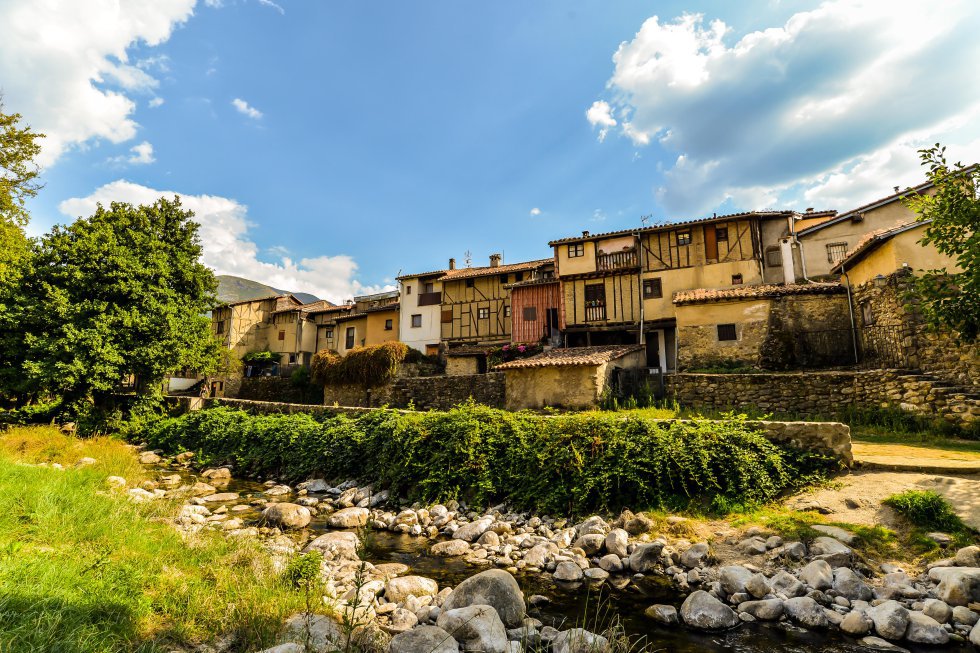 Hervás, Cáceres (Extremadura) Between Las Hurdes and Jerte Valley, north of Cáceres province, the valley of the River Ambroz opens out. It enjoys a gentle climate, which, combined with an abundance of rain, has covered the area with dense forests of chestnut trees, of the type more often seen in Atlantic climates. One of these forests surrounds Hervás, a village with a well-preserved Jewish quarter. More information: turismodehervas.com 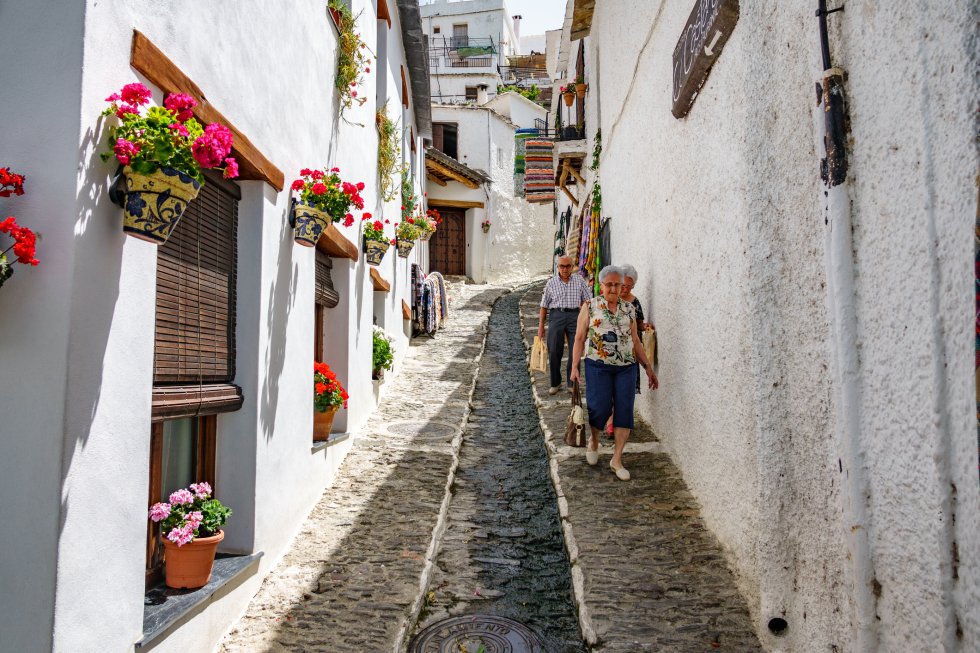 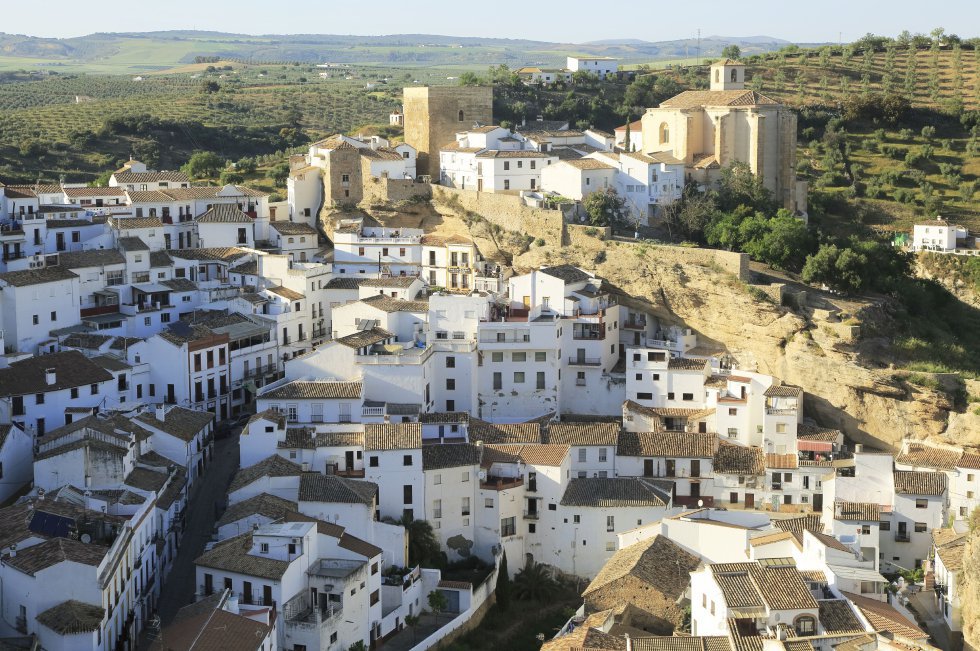 Setenil de las Bodegas, Cádiz On the westernmost edge of the Subbética mountain range, there is a series of white villages that include the astounding Setenil de las Bodegas. One of its most remarkable streets is Cuevas de la Sombra, where the whitewashed houses are set inside the rock itself. More information: setenil.com 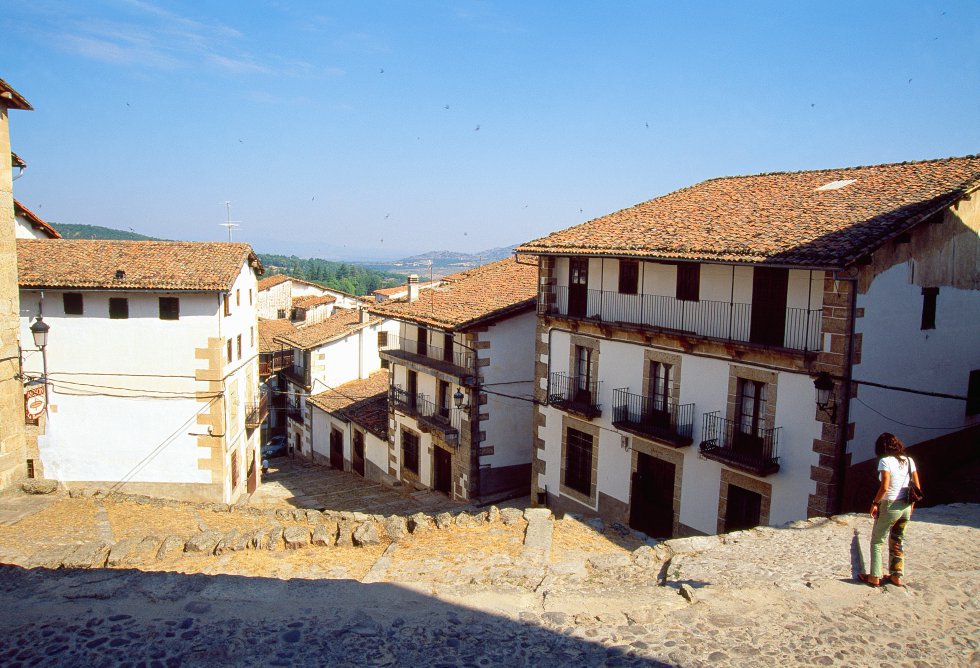 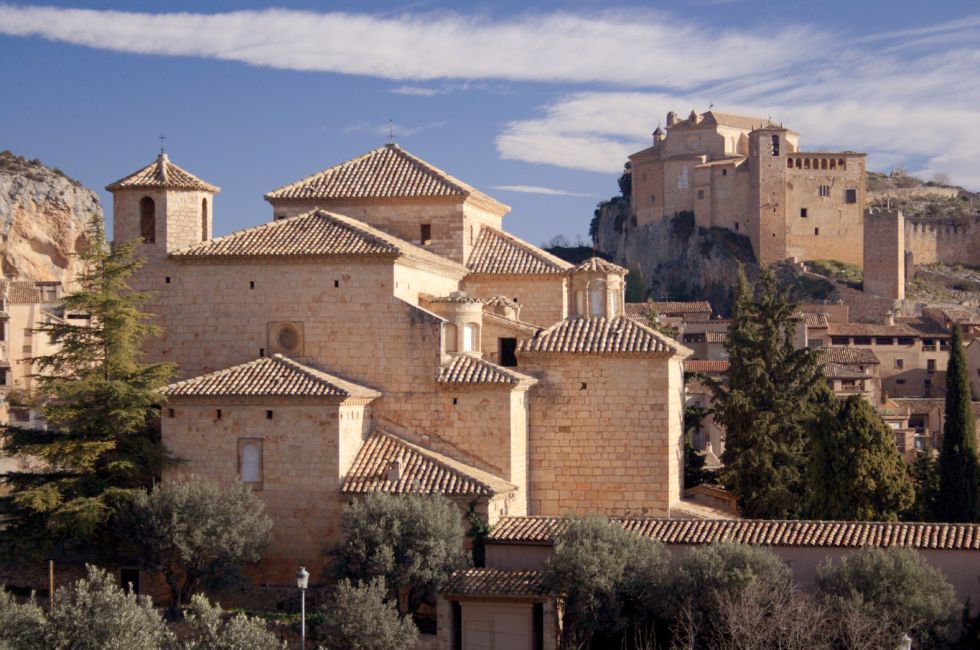 Alquézar, Huesca (Aragón) This medieval village in the Somontano demarcation, around 50 km from Huesca, on the outskirts of the Sierra natural park and the Cañones de Guara, offers a diverse cultural heritage, both historical and natural. The Collegiate Church of Santa María dates back to the 16th century, and there is a Muslim castle atop the hill. Alquézar was built over the Vero Canyon, a spectacular gorge with a series of walkways over the river. More information: turismosomontano.es 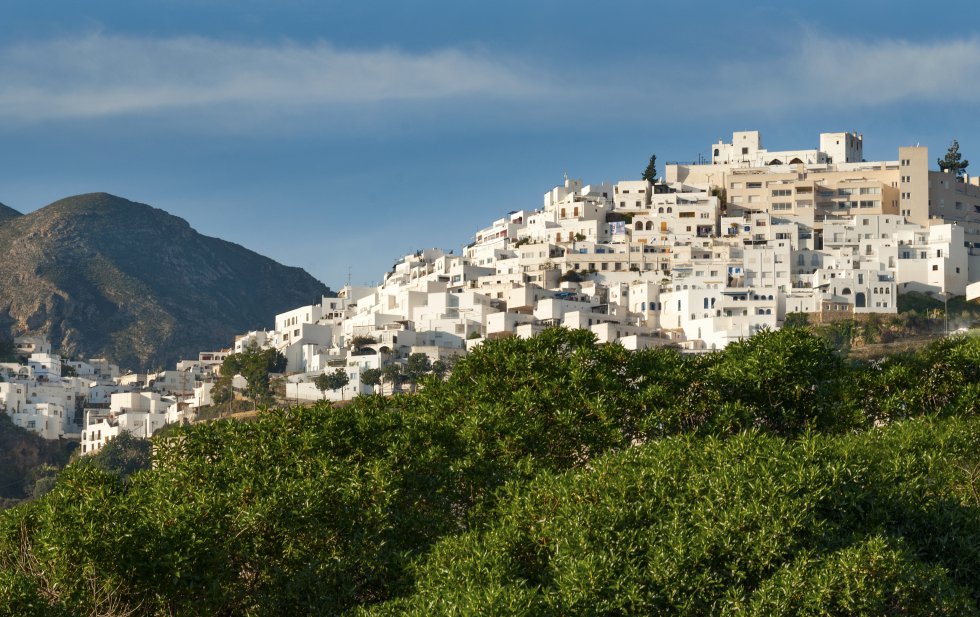 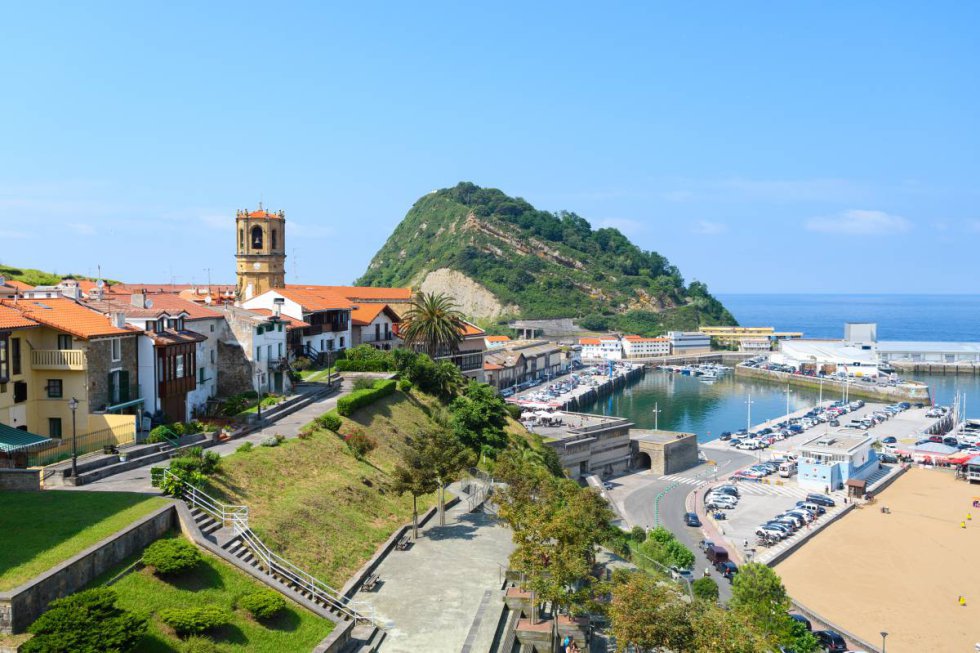 Getaria, Gipuzkoa (Basque Country) This small fishing village some 25 km from San Sebastián is the birthplace of Juan Sebastián Elcano, the first sea explorer to circle the globe, in 1522. This is also the birthplace of the fashion designer Cristóbal Balenciaga, who has his own museum here. The narrow streets are lined with restaurants and end in a small port with views on the famous “Mouse of Getaria,” a promontory jutting out of the water. More information: euskoguide.com 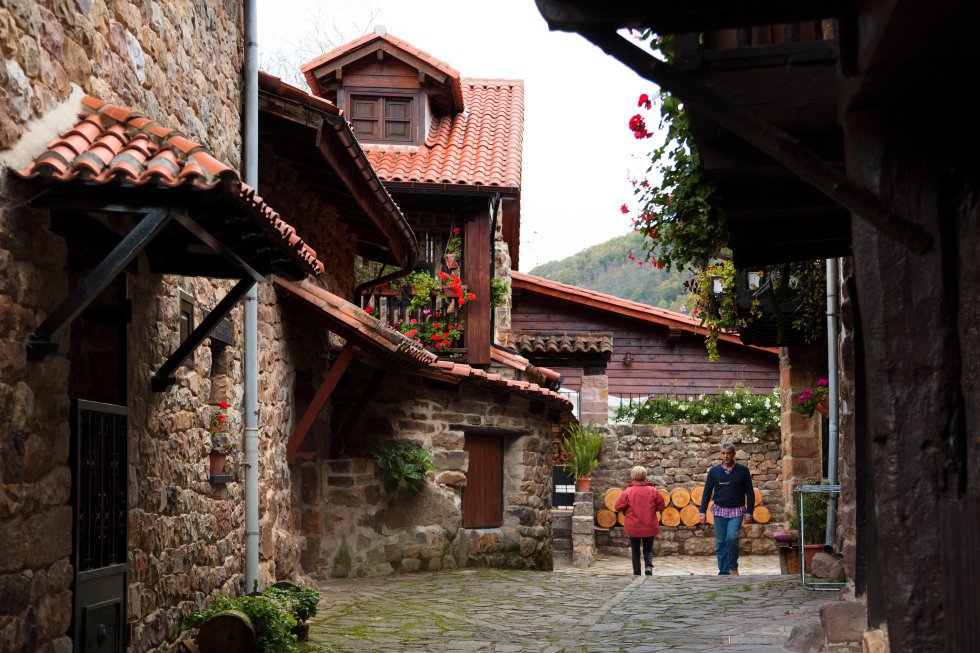 Bárcena Mayor (Cantabria) Located within the natural park of Saja-Besaya, Bárcena Mayor is one of the oldest villages in Cantabria. The town preserves its traditional mountain architecture, with two-story homes, large doors and wooden balconies filled with flowers. There is also a 17th-century church and a 16th-century bridge. More information: turismodecantabria.com 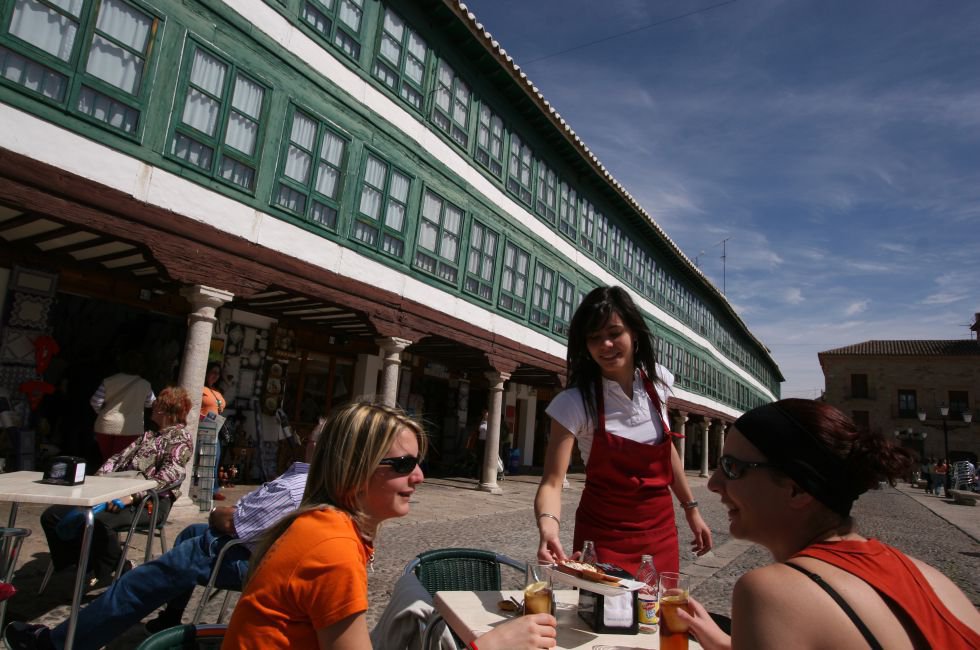 Almagro, Ciudad Real (Castilla-La Mancha) Located a 20-minute drive southeast of Ciudad Real, this village is famous for its Plaza Mayor and the 17th-century Corral de Comedias, a theater that is still used every month of July to host the prestigious International Classical Theater Festival of Almagro. More information: almagro.es